This had not turned out at all the way she’d pictured in her dreams. In fact, it was becoming more and more like a nightmare.

Jai looked as if he was nearly ready, so Emily figured she’d better be brave and broach the next subject. “So we’d like to um…” how to say this without getting shot down again, “…make your, uh, physical form stand out in the photos.”

There was that brow again, but this time accompanied by a smirk.

He remained silent, so she continued. “So maybe you could roll up the sleeves of your camouflage uniform shirt so we can see your arms a bit?”

Even though she’d remembered to call it a uniform and not an outfit—as if she would ever forget that again—she still got the disapproving look and head shake.

Why couldn’t he just do one little thing without being difficult as well as correcting her terminology? Humph. As if she should know what military clothes are called.

“Why can’t you?” Emily widened her stance, ready for battle. He wanted to argue, she could argue.

“Because it’s against the rules, that’s why.”

“But I swear I’ve seen guys with their sleeves—” The steady sway of his head still shaking at her finally stopped her in her tracks. “What?”

“You may have seen it, but it is against our regulations and I can’t do it.”

He meant won’t do it. Emily couldn’t imagine that his captain really gave a darn what his sleeves looked like.

“Maybe we can ask someone if it would be okay—”

He actually laughed at that. “No.”

With a huff, she gave in.

“Fine. Are you allowed to take off your jacket?” Emily emphasized the word that he’d insisted on correcting her on. “Can you wear just your T-shirt or is that against the rules too?”

Finally, a yes, but still he didn’t move.

“Could you please take off your jacket?”

Hawk smirked boldly but thankfully complied. With a chuckle, he took it off.

Now he was laughing at her? Emily planted her hands on her hips. “What’s so funny?”

“It’s been a long time since a woman ordered me to take my clothes off. Maybe this gig won’t be so bad after all.” Hawk hung what still looked more like a shirt than a jacket on the back of a chair and turned back to her. He paused with a hand on his nylon belt. “Pants too, doll?”

She narrowed her eyes at Hawk. “No, thanks. Maybe later.”

Pig. Worst of all, a pig with bulging biceps and beautiful pecs beneath a very tight T-shirt. His dog tag chain nestled right between those delectable pecs. Emily suddenly imagined him standing before her without the shirt. All big and burly.

What was she doing? He was such a…a… There simply were no words to describe him.

The chuckle from Jai’s direction didn’t help Emily’s mood. She shot him a nasty look as well.

Emily turned back to Hawk and sighed. She had to get into a professional mindset. No more pouting that he wasn’t Prince Charming. No more bickering because he was acting like the typical difficult model. She was used to that at least.

Darn. BB was practically hairless but Hawk, no such luck. What were the chances of Emily being able to get him to wax the hair off his forearms? And if they chose to do a few topless shots, would he wax his chest? Probably his back would require de-hairing, also. Stifling a laugh at the ridiculous notion, she figured the odds of him agreeing were slim to none.

Could they airbrush out that much hair? And exactly how many tattoos were the tan T-shirt and camouflage pants hiding? Now that she was getting to know him better, he seemed the type to have ink, and lots of it. Probably a really crude naked lady or obscenities. Or maybe some morbid, bloody skull tattoo. Emily could only guess. She and Katie hadn’t discussed the possibility of tatts. Perhaps they could airbrush any of those out too.

Then a small detail she’d missed before hit her.

“Because it’s the rules.”

He nodded. “I’m sure you have. Marines wear green shirts. The Army wears tan T-shirts with the universal-camouflage pattern for our combat uniform.”

She sighed again, deeper. Fighting the rules seemed useless, but she couldn’t resist one last word. “Well, that tan does nothing to bring out the color of your eyes.”

Hawk smiled broadly at that, looking genuinely amused, an emotion Emily had begun to doubt was in his repertoire.

“I’ll make sure to point that out to my superiors. Maybe they’ll consider changing the regulation uniform in deference to the color of my eyes.”

Well, that was the highest amount of syllables she’d heard come out of him all at once the entire day.

Emily had a strong urge to stick her tongue out at him. He’d probably laugh at her for that too, so she didn’t give him the satisfaction.

She heard Jai’s shutter and looked up to see him snapping candid photos of Hawk, who went from a laughing smile at her expense, to a frown, to looking stern and kind of scary in a matter of seconds.

“That’s great, Sergeant.” Jai wore a grin. “Perfect. I want your whole range of expressions over the next few days.”

That led to an even more comical expression of horror clearly written across Hawk’s face. Had he just realized that whether he was happy about it or not, this photo shoot and this ad campaign starring him was going to happen? Difficult or not, he was stuck with them for the next few days and there was nothing he could do about it.

Now it was Emily’s turn to smile.

It was the strangest thing, but bickering with Hawk kind of got her excited. Even his calling her doll was starting to sound sexy, and she hadn’t even drunk the beer that Jai was now carrying her way.

Hawk, looking like he got as much pleasure from the sparring as she, grinned wide as Jai joined them.

“Sergeant, did Emily tell you? The shots we took at the training village today are awesome.”

“Good, I’m glad.” Strangely, Hawk looked like he meant it.

Emily grasped the topic of work before she gave in to imagining running her fingers down Hawk’s massive forearm, and other things.

“I agree with Jai. The SpecOp ads Katie shot with BB were all taken in a studio. They were good but nothing like ours. The ones we took outdoors today look really authentic, like we actually shot in the war zone. As great as BB was, I think our Army ads will be even more effective because they look so real. Right down to our caveman model, here.” Emily grinned and sipped her beer.

Hawk raised his glass in a salute. “Thanks. I think that may be the nicest thing you’ve ever said to me.”

“Fucking Dalton.” Hawk shook his head and took another swallow from his own glass.

That got Emily’s defenses up. He could pick on her, but no one picked on her boss’s fiancé in front of her. “What’s wrong with BB? He’s practically perfect.”

Hawk laughed. “If he’s your perfect man, sweet thing, then I don’t know what the hell you’re doing hanging around with me.”

Annoyed with him all over again, she stood a little straighter, but he still towered over her. “I’m not hanging around with you. You’re hanging around with me. Jai and I came here tonight to absorb some local color before we leave tomorrow morning.”

Jai glanced from her to Hawk and back again with a strange expression on his face. “Um, I see Sergeant Pettit over there. I think I’ll go ask him…something.”

Hawk grabbed Jai’s arm. “Pettit knows the truth about all this, and he also knows I’ll kill him if he spills the beans. But as far as the rest of them know—” he bobbed a head in the direction of the soldiers across the room standing with Pettit, “—you and she were here for the last two days taking photos of the garrison, not of me. Let’s keep it that way, understood? As far as my squad is concerned, my assignment was to be your escort only. That’s all. Got it?”

Jai laughed and shook his head. “Yeah, I got it. Don’t worry, Sergeant.”

Hawk looked more than a bit concerned as he watched Jai cross the room.

“He’ll keep your secret,” Emily assured him, thinking all the secrecy was stupid since his face would soon be in ads pretty much everywhere.

Hawk continued to track Jai as he joined the group of soldiers. “How long have you known him?”

He raised a brow. “You two fucking?”

“What? No.” She nearly choked at the question. God, he could be so crude sometimes. “You are the rudest, biggest, nosiest…” Unable to figure out how to insult him more, she left the sentence open ended.

“And you hate how you find me attractive.” His treated her to a crooked grin before sipping at his beer.

“You? Attractive? Ha!” That accusation had her sputtering. Okay, maybe she did think he was hot, but he didn’t have to know that. “Don’t flatter yourself. You’re a job. Nothing more.”

“Keep telling yourself that, Goldie. Maybe you’ll start believing it. Although, I find that alcohol usually has the opposite effect on a woman’s libido.”

Hawk smirked and glanced at the beer in her hand, which she had been steadily emptying during their sparring without even realizing it. She’d nearly finished it, and it was starting to affect her head but not her wit.

“I see. So what you’re saying is girls need to be drunk to find you attractive. That’s totally understandable.” Emily smirked right back.

“Are you saying we should…” She could barely get the words out past the tightness his unspoken suggestion had caused in her throat.

Could she do it? Did she want to? Have sex just for fun with a man she barely knew?

Although she did know him, didn’t she? They’d spent two days together. She knew some of his personal and probably all of his military history from his file. She knew that for some reason, BB had chosen this man to represent the entire US Army. She could see that both Hawk’s superiors and his subordinates liked him. All of that had to count for something.

“You sure are doing a lot of thinking in there, Goldie.” Hawk ran one thick finger from her forehead, between her drawn brows and down her nose, tapping the tip playfully. “Stop frowning. You’ll get wrinkles.”

Emily fought the shiver that his touch sent down her spine and decided it wouldn’t hurt to play along, for a bit anyway. “Let’s say, under the influence of some sort of temporary insanity and German beer, that I did consider sleeping with you—” 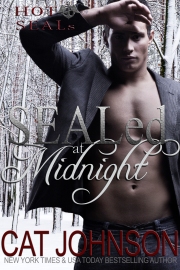 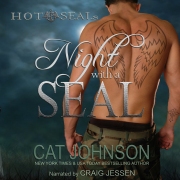 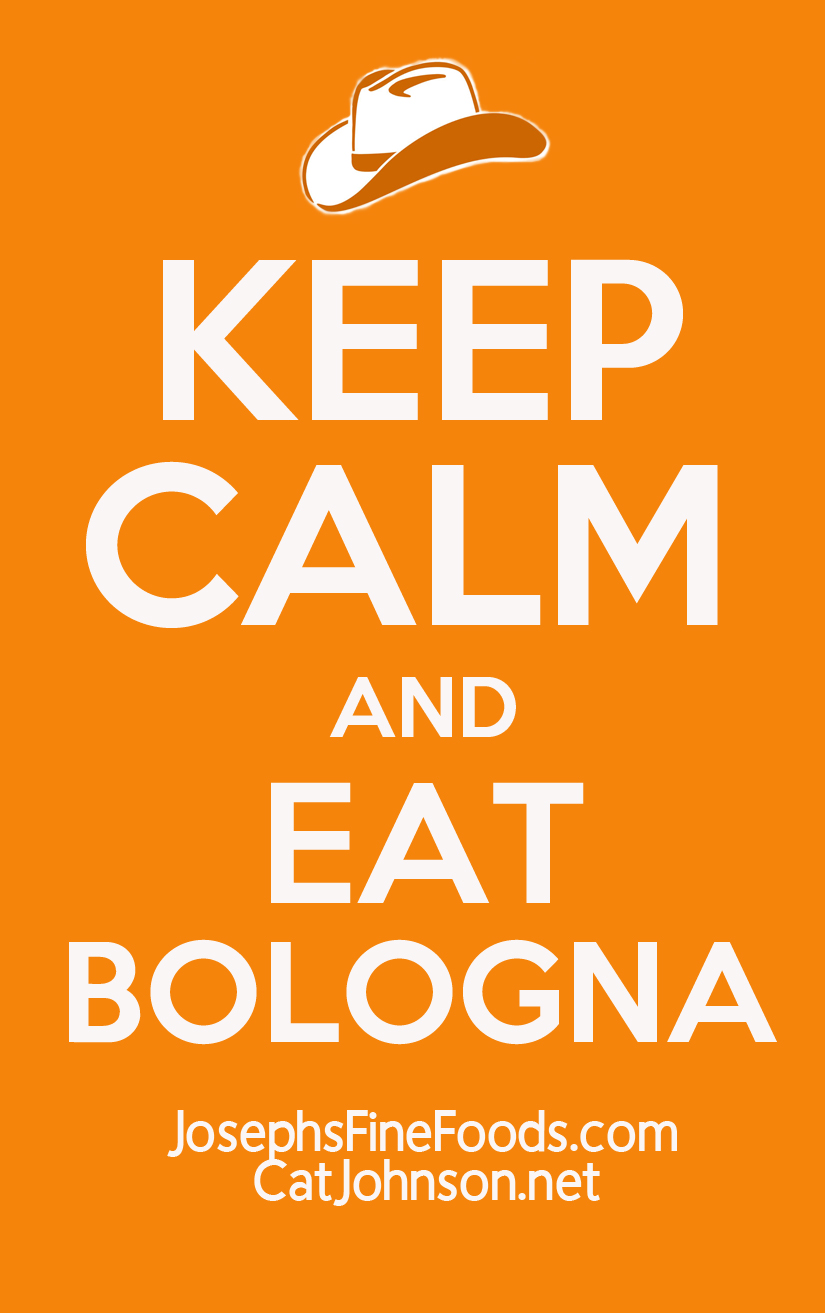 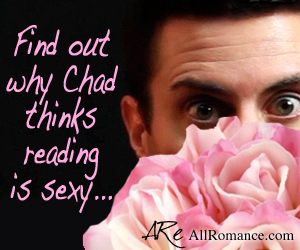